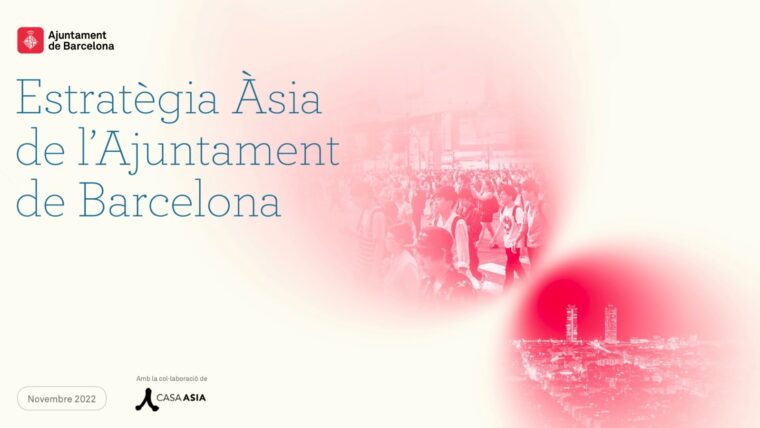 On 22 November, the Third Deputy Mayor of Barcelona City Council, Laia Bonet, presented the Asia Strategy, as the first city strategy focusing on Barcelona’s relations with the region. The document, drafted with the support and guidance of Casa Asia, reviews the state of relations with Asian countries and draws the guidelines for future cooperation, at bilateral level (city- to-city) and according to thematic priorities, with the objective of strengthening the relationship in key areas for Barcelona, such as innovation, sustainable tourism, economic promotion and logistics.

Laia Bonet declared the world’s great economic and social challenges are taking place in Asia and that Barcelona needs to maintain and promote our “city’s strong ties” with the continent. She also highlighted that the strategy is a first step towards consolidating Barcelona’s position in Asia as it “offers a clear view of how we need to manage relations with a very complex region at political, social and cultural level”.

Also taking part in the presentation, held in Barcelona City Hall, was the General Director of Casa Asia, Javier Parrondo -who underlined that it is the first Asian strategy drawn up by a Spanish city-; the Deputy Director General for the Pacific, Southeast Asia and the Philippines of the Ministry of Foreign Affairs, European Union and Cooperation, Gerardo Fueyo; the Commissioner for Economic Promotion of the Barcelona City Council, Pau Solanilla; the Head of Strategy of the Port of Barcelona, Jordi Torrent, and the Director of International Events of Fira de Barcelona, Andrea Urdampilleta.

The document is structured into five blocks. The first block explains the importance of Asia in the global context and, in particular, for the city of Barcelona. The second provides an analysis of current relations between Barcelona and the region. The third section presents the strategic lines of Barcelona’s activity in Asia (among which are cooperation in innovation, city promotion and investment attraction, direct flight connections), and the fourth, identification of those city’s considered strategic by Barcelona in the Asian region. Finally, the last block proposes the mechanisms for monitoring and following-up the strategies’ implementation.

Among those city stakeholders with economic, social and institutional relations with Asia who participated in the preparation of the document were: Fira de Barcelona, Port of Barcelona, Barcelona Supercomputing Center, Free Zone Consortium, Ramon Llull Institute, the Barcelona Chamber of Commerce and the Barcelona Air Routes Development Committee, among others.

In July 2020, Barcelona City Council presented its first International Relations Master Plan, a pioneering instrument to order and guide municipal international policy. It is a transversal document that opens the door to specify the lines of work in concrete action plans, such as this Asia Strategy.

The Asia Strategy is published in three languages: Catalan, Spanish and English. 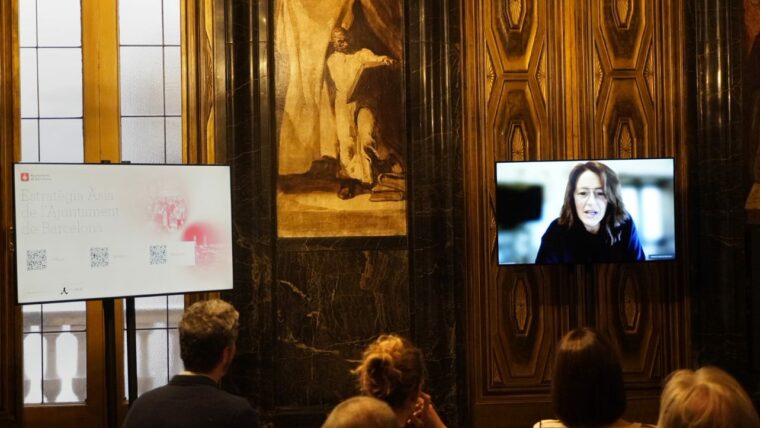