The new plan adapts the city’s interculturality projects to the reality of the city in 2021, a decade after the previous plan was approved. 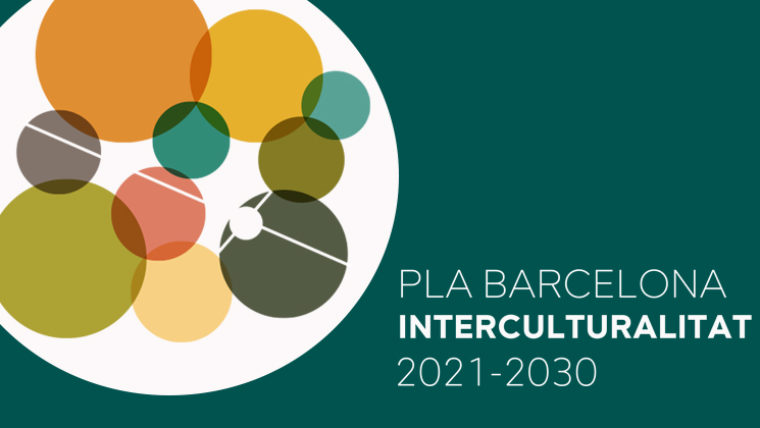 The city’s social and cultural diversity has become broader since 2010. At present, 27.8% of people living in Barcelona were born in other countries (nearly 7% more than in 2010, when that figure stood at 21.1%), coming from a total of 183 different countries. In addition, over 300 languages are spoken in the city and there are places of worship for 25 religious confessions.

The interculturality plan launched by the city ten years ago addressed a reality and some challenges which have now evolved. Because of this, before developing the new plan, the City Council conducted an analysis to gauge the current situation in the city and be able to plan a whole series of measures to address the new challenges now posed.

This prior analysis showed that the financial and economic crises of the last decade, including the crisis caused by the Covid-19 pandemic, have not affected everybody the same way. Inequalities have become more accentuated, and some individuals and groups are on the limit as they face the collateral effects. In this scenario, the analysis found inequalities linked to the legal framework which conditions access for some collectives to certain basic rights and services (health, work, housing, political representation and participation). It also found barriers in equal access to different municipal services, spaces and local facilities, which are not adapted to the diverse reality of the city, whether through the way services are explained, or through operating times, for example in community centres, sports centres or homes for the elderly.

In the sphere of education, the analysis also showed an increase in the vulnerability of students with foreign nationalities, with higher school drop-out rates among them.

Finally, more racist and xenophobic situations were detected relating to work and access to housing. In all, the analysis reflects a situation of coexistence, rather than one of harmony and positive interaction.

First measure: to transform the City Council from within

The analysis also shows that institutions do not reflect reality in terms of their staff (while 27.8% of Barcelona’s population is of foreign origin, only 1.4% of municipal workers were born in other countries). Because of this, and in a shorter time frame, the City Council has designed some governance tools to introduce diversity into municipal staffing through the employment of workers of diverse origins, and also through specific training for workers to improve their skills on intercultural affairs. The idea is also to build the intercultural perspective into government action right across the board, by thinking through, programming and offering services with an intercultural vision and strengthening inter-territorial cooperation through ties with the districts.

The boost to inter-territorial cooperation will not be from scratch, as the City Council has already started this transformation in the territorial plan for the two districts of Ciutat Vella and Sants-Montjuïc, which are developing their own intercultural programmes, through which the municipal structure is making the shift towards interculturality in all spheres.

To roll out this measure, the City Council will be adapting its internal structure and creating a government body tasked with implementing it. The Interdepartmental Interculturality Commission will meet twice a year and will be chaired by the Deputy Mayor’s Office for Culture, Education, Science and Community, with the City Council’s various areas and districts to participate.

These tools for governance will be rolled out in parallel to the Barcelona Interculturality Plan through a government measure over the course of the current term of office.

Finally, to be able to monitor the implementation of the Interculturality Plan, the City Council is to adapt its data collection tools and indicators to include diversity variables, allowing for ongoing analysis and assessment of the plan.