From 2024, it will be renovated to host sports and e-sports events, start-up offices and the Barcelona Sports Hub headquarters, with an investment of 40 million euros. 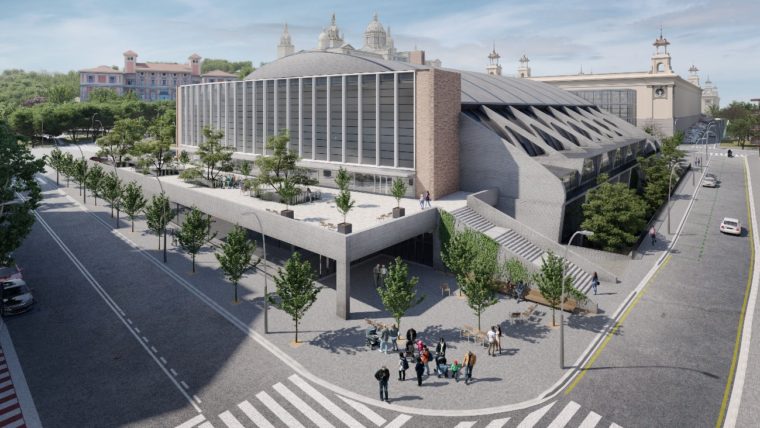 Barcelona wants to continue to be an international benchmark in sport. With this objective and the precedent as an Olympic city, today Barcelona City Council has presented the project to remodel the Palau d’Esports to turn it into the headquarters of the Barcelona Sports Hub, the centre for innovation and technology applied to sport located on Montjuïc, with the aim of becoming an international benchmark for e-sports. The Olympic Stadium will also form part of this hub, which will house a 1,100 m2 business incubator where emerging companies in the sport tech sector can try out and use the facilities. The budget for the creation of this business incubator is 2.8 million euros. The opening of the Barcelona Sports Hub will mean that 450 jobs will be created and 200,000 spectators will visit the Palau d’Esports every year.

The sports economic sector is key to Barcelona. It accounts for 2.5% of the city’s GDP, employs more than 50,000 workers and has more than 40,000 volunteers. The figures show the Catalan capital as a perfect destination for the construction of this project. Barcelona is the fifth largest hub in Europe for start-ups, according to EU-Startups; the seventh best city to live and work abroad, according to the InterNations Expat City Ranking 2019; and the top region for investment in Southern Europe in 2020 and 2021, as published in the Financial Times report.

Designed by the architect Josep Mª Soteras i Mauri, the Palau d’Esports was inaugurated in 1955 for the second edition of the Mediterranean Games and hosted thousands of sporting events. In the 1990s, it ended up being used for concerts. It was remodelled in 2000 as a music complex and later became the Barcelona Teatre Musical. However, due to new safety regulations, the building became obsolete for holding shows and was eventually closed. As it hasn’t been in use for the past 14 years, the building has deteriorated.

Respecting the current structure of the building, which is listed, the design proposal for the new Palau envisages the adaptation of 19,699 m2 of space for sports use, divided into two different areas. The upper space would serve as a three-court multi-purpose hall for sports such as handball, volleyball and basketball, with a capacity for between 3,700 and 4,100 spectators. In the case of hosting city shows, this capacity would be increased by 800 to 1,200 people. 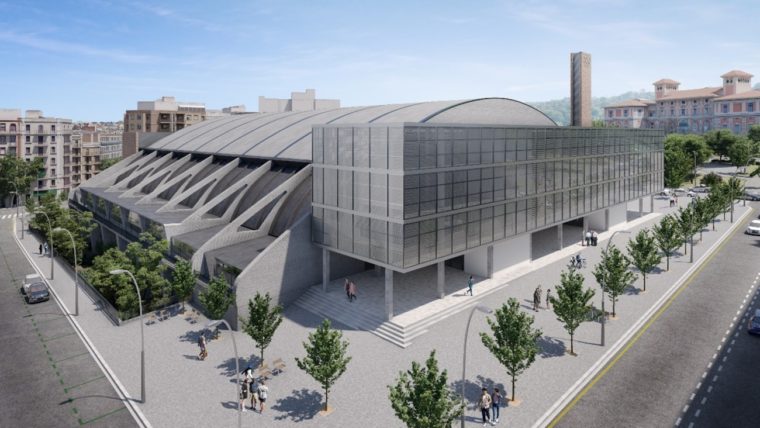