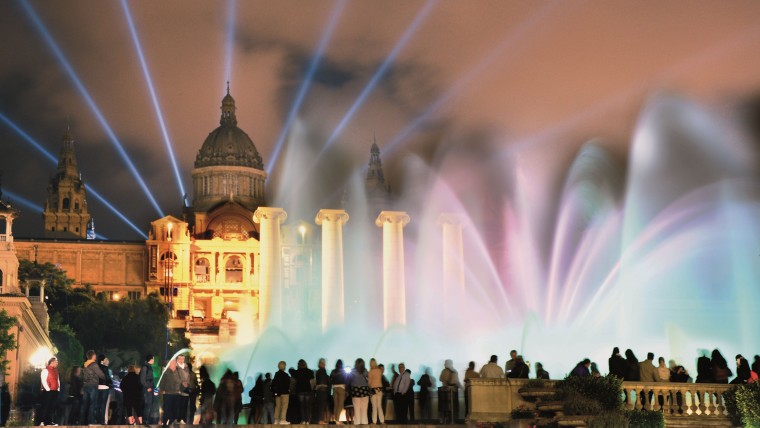 An iconic symbol of the Universal Exposition held in Barcelona in 1929, the Font Màgica, or Magic Fountain, continues to offer an innovative show combining water, music, light and colour.

Out of all the waterfalls and fountains that Carles Buïgas designed to embellish the entrance to Montjuïc, the Magic Fountain is regarded as the most beautiful and one of Barcelona’s must-visit sights. Its history dates back to the International Exposition in 1929, when the organisers felt it was necessary to design a special feature that was bold and would surprise people. That was how the civil engineer Carles Buïgas came up with the idea of the Magic Fountain and, although many initially thought it was too ambitious, it was eventually built in under a year with light shows very similar to those you can see today.

Buïgas enchanted the public with light shows that made the fountain more attractive and turned it into a “magic fountain”. The fantastic show offered by moving water, coloured lights and the music that was added in the 1980s, means the fountain is a must for anyone who wants to know Barcelona.