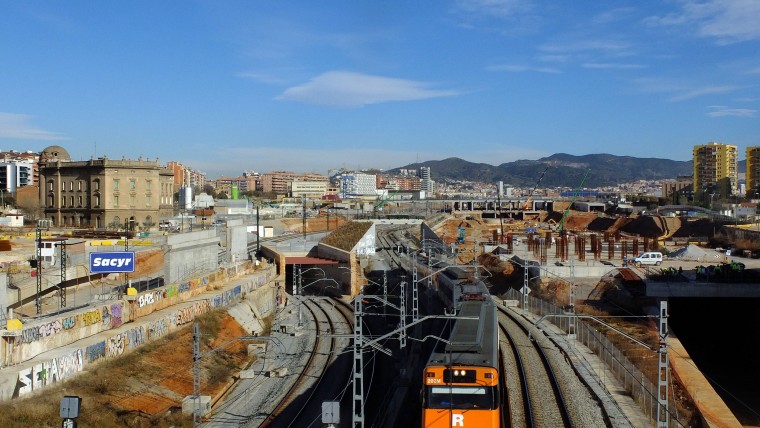 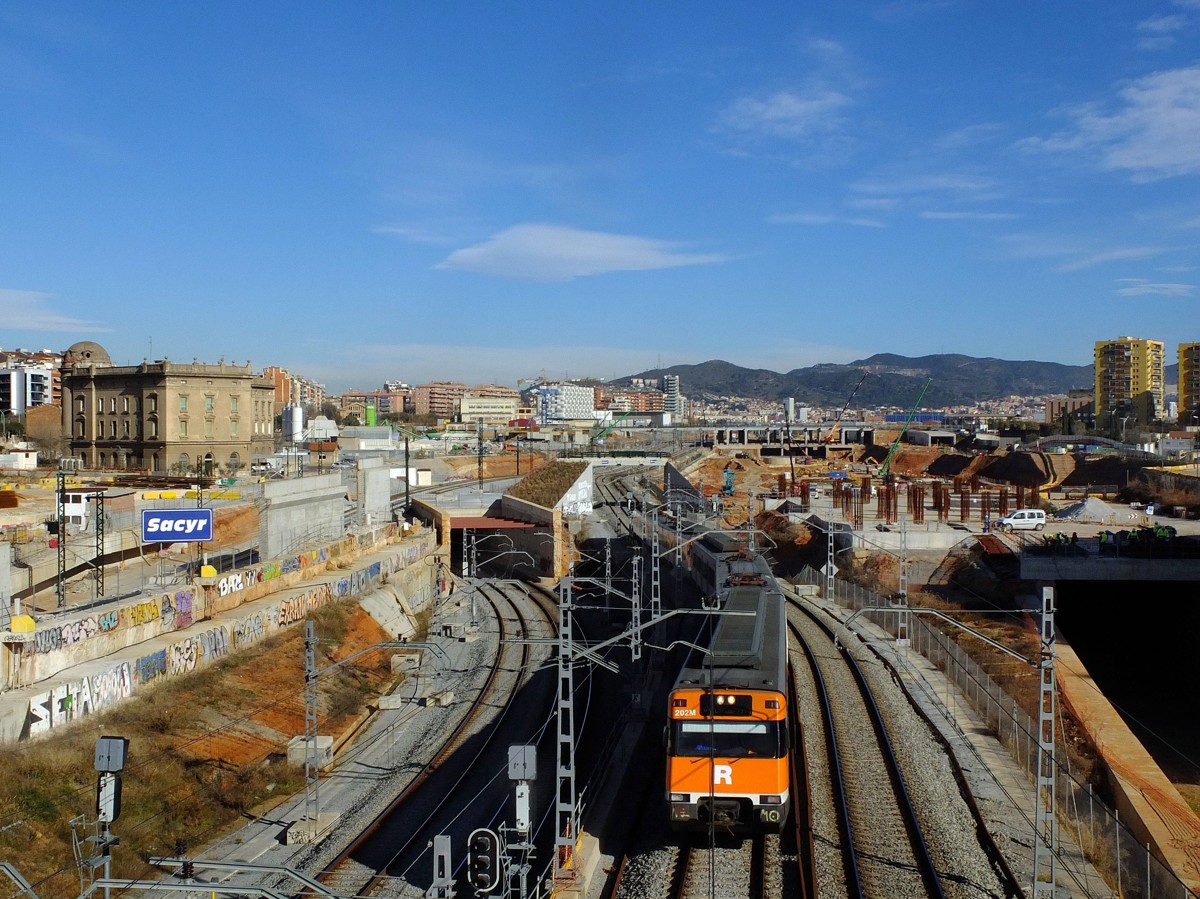 Not far from the main metro station in the north of Barcelona, La Sagrera, a new train station with the same name is being built that will be the biggest in Catalonia.

Traditionally a Line 1 (L1) metro station, La Sagrera has, over the years, become a very important transport hub, especially for the  northern part of Barcelona. It is a busy place, with a metro, suburban and regional train services that many Barcelona residents use every day.

And since the arrival of the high-speed train in 2010 work has been going ahead on another station which will be called Barcelona-La Sagrera or Sagrera TAV. The plan is for this new station to become the biggest rail infrastructure in Catalonia. This will cover an area of 38 hectares and provide all kinds of services: high-speed, suburban, short- and long-distance rail services plus bus and metro. It is planned to enter operation in 2019 and expected to exceed 100 million passengers annually, 50 million more than Sants has currently, making it Barcelona’s most important transport hub and one of the biggest stations in Europe.

It should be mentioned that during the construction work numerous archaeological remains have been found that have delayed the work on a number of occasions. In the middle of 2011, for example, the remains of a wine-growing Roman villa with thermal baths were discovered near the Pont de Treball Digne bridge, along with Roman-era mosaics and paintings. Later a sepulchre and graves from the Neolithic period were discovered and transferred to the Museu d’Història de Barcelona.

Another curious anecdote involves the discovery in 2012 of vine trenches, three ceramic jugs and the structures of some wine presses dating from the first and beginning of the second century.