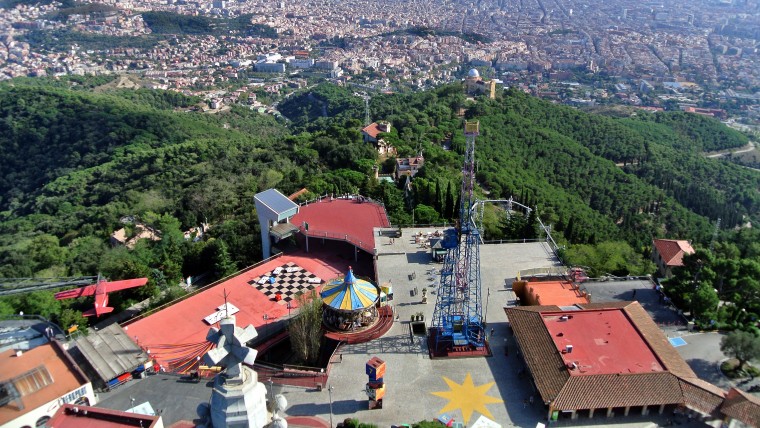 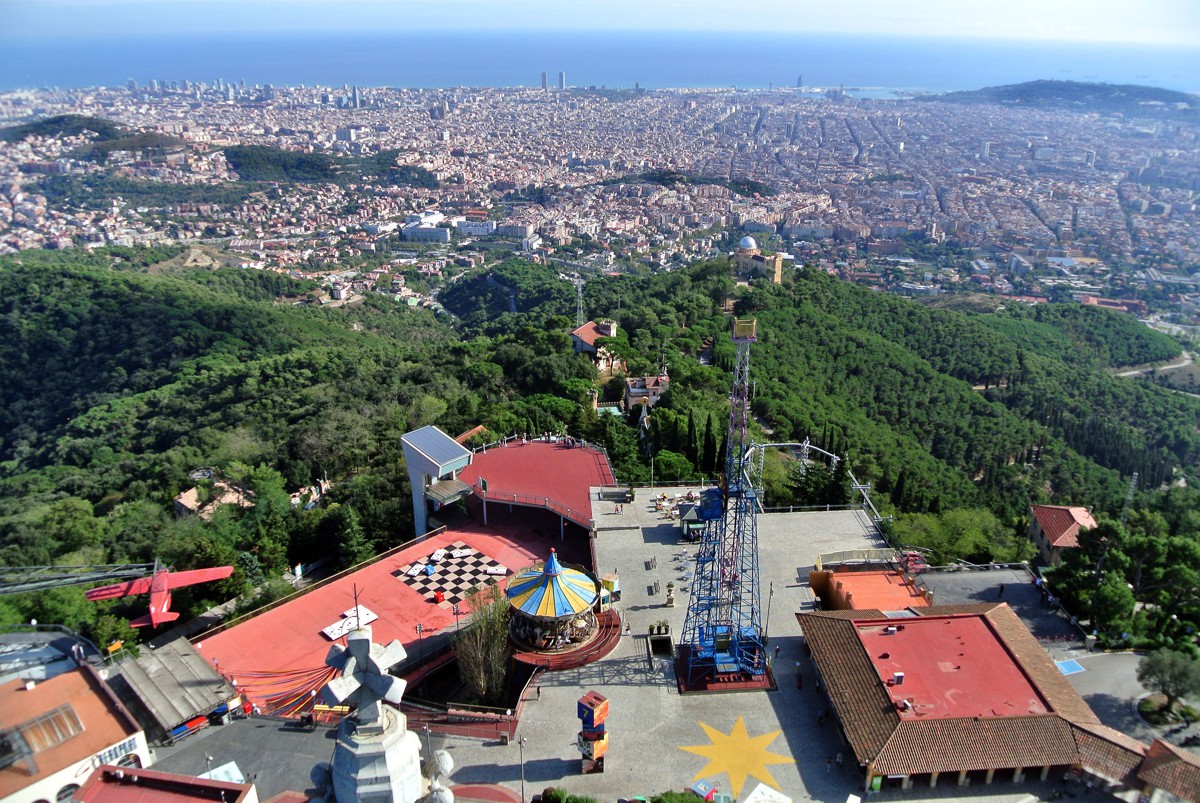 On the top of Tibidabo there is an amusement park that has been the favourite recreation haunt of Barcelona people of all ages since 1901.

The Parc d’Atraccions del Tibidabo is one of the oldest amusement parks in Europe still going. When it opened in 1901, it marked the conquest of the mountain by the people of the city and it became a city leisure icon.

At the end of the 19th century, Dr Andreu decided to develop and make the most of the land on Tibidabo, including the summit, where he built an amusement park as the high point of his city-garden project. Initially people walked up to “keep healthy” but the arrival of the Tramvia Blau and the funicular – a strange lift, as people described it at the beginning of the 20th century – meant the amusement park became one of the main leisure haunts of Barcelona folk.

The first crazy mirrors, which attracted crowds of visitors; the Talaia, a watchtower offering unique views over the city from more than 50 metres above the peak; the plane that has been flying round since 1928; the museu dels autòmats, with one of the best collections of fairground machines in the world, and the other amusements keep children and adults happy and from part of the city’s collective memory.

It is an iconic place that even stole the heart of Walt Disney himself. Legend has it that he wrote a blank cheque for one of Tibidabo’s fairground machines but he never got it. Perhaps Tibidabo worked its magic.