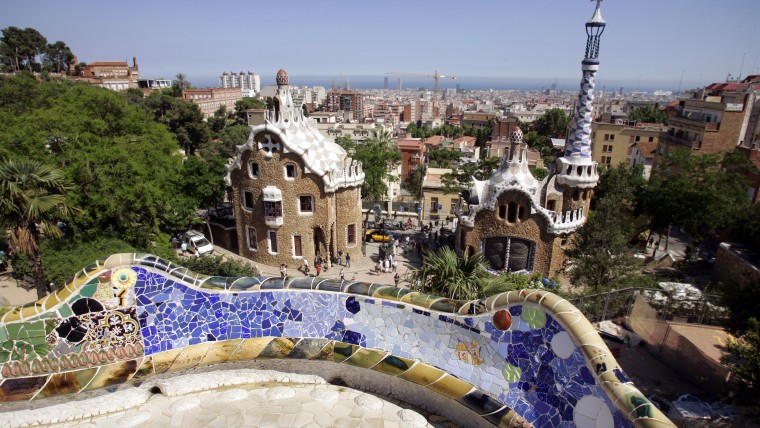 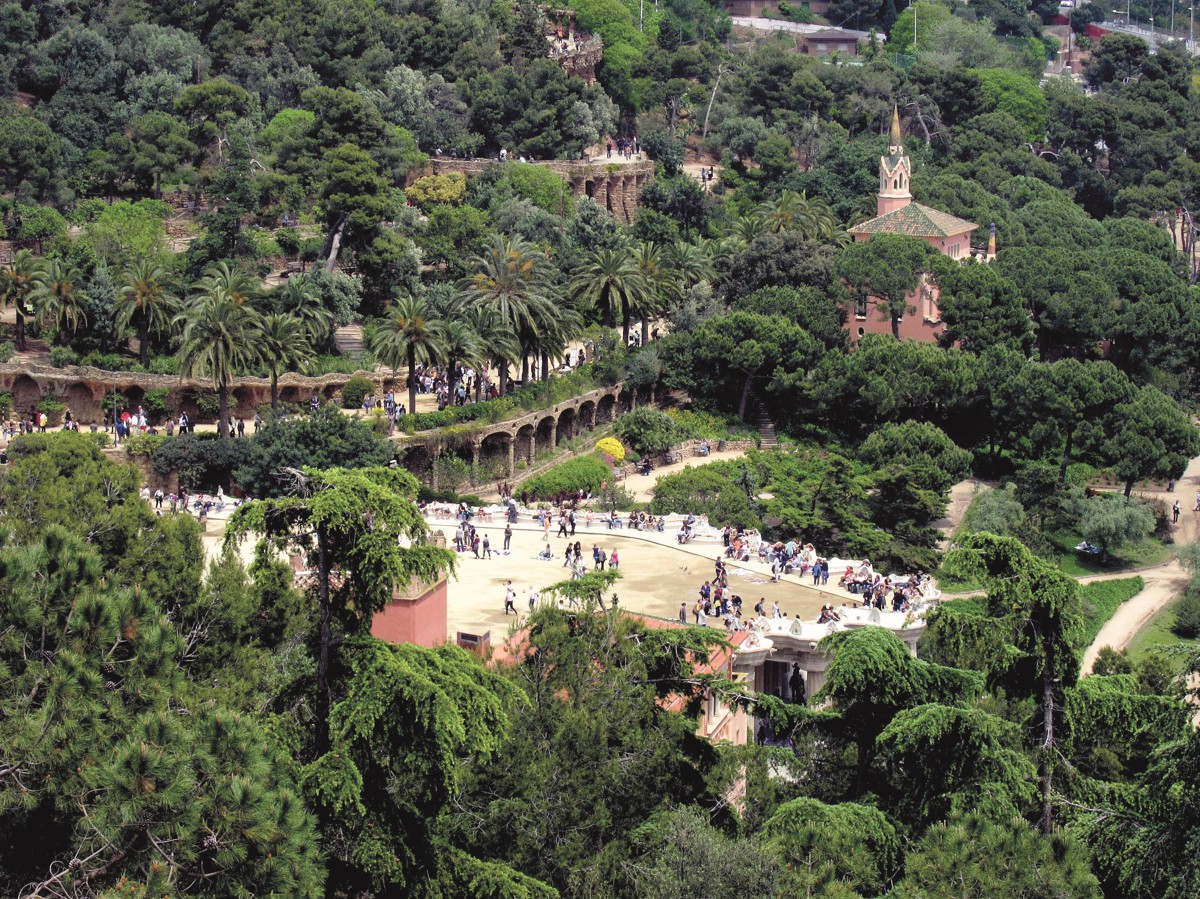 Park Güell, the hill that Gaudí turned into a truly fantastic and original garden, is one of Barcelona's best-known and most spectacular icons.

As soon as you walk through the main gate, flanked by two buildings that look as if they have been lifted straight out of a fairy tale, you enter a different world, an original, enchanting universe where architecture and gardens merge to create a dreamlike landscape. The dragon, covered in ceramic mosaic, keeps an eye on the visitors who are on the look out for every last detail: snails, mushrooms, flowers, and leaves. Every nook and cranny of the park leads to a discovery.

At the start of the 20th century, Eusebi Güell, a leading figure in the city, wanted to create a place where the wealthy could have a home, a city garden in the English style, which explains why it is called Park Güell. Paths, staircases, a square, a service pavilion and even a demonstration home were all built but the project flopped. So, in 1922, six years after Eusebi Güell died, Barcelona City Council bought the land and turned the site into a public park, the most unusual in the city.

Antoni Gaudí‘s boundless imagination is present in every corner of the park, which holds surprising features for the visitors who come from all over the world. The ceramic dragon at the entrance gives way to a hypostyle hall, an open space with 86 Doric columns that was supposed to have held the garden-city market. The square above it, which grows out of the mountain and symbolises the union of nature and architecture, is bordered by an undulating bench covered by a ceramic mosaic, which was designed by a disciple of Gaudí, Josep Maria Juju. The bench, softened by its wavy features, offers one of the best views of the city.

It is not just the bench that snakes its way round, the paths, porticoes and viaducts do too. Avoiding straight lines, Gaudí imagined a style of architecture in harmony with plant life and nature, forming a symbiosis between stone and green.

Faced with the failure of the project and realising that not even one house would be sold, Gaudí himself lived in the demonstration home until 1926. Today it houses the Museu Gaudí, where you can see his drawings, as well as models and furniture he designed.

When Antoni Gaudí qualified as an architect, the university chancellor, Elies Rogent, said: “We have given this qualification to a genius or a madman, only time will tell”. Well, Time has given its verdict: since 1984, Park Güell, Gaudí’s work of genius, has been recognised as a World Heritage site by UNESCO