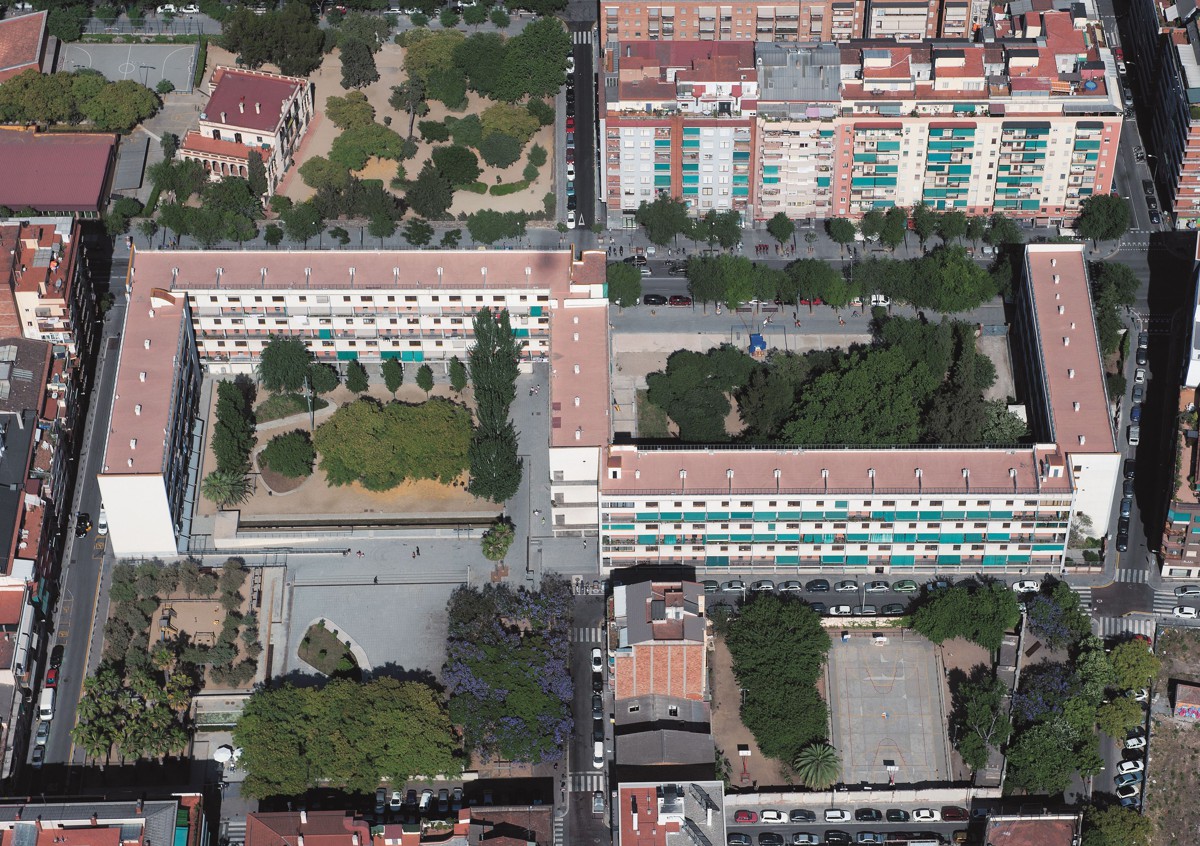 In the heart of the traditional Sant Andreu, Casa Bloc stands out for its modernity: an S-shaped building considered to be a masterpiece of Catalan rationalism.

During the Second Spanish Republic, architects from the Group of Cat­alan Architects and Technicians for the Development of Contemporary Architecture (GATCPAC) designed the Casa Bloc, a very innovative social project that was embodied in five interlinked blocks in an S shape with 207 dwellings. This pioneering building stands as one of the most rep­resentative icons of rationalist architecture in Catalonia. It was a very innovative social project for its time as it meant integrating functional housing into the urban environment designed as minimum standard dwellings for workers, who until then had lived in the slums in the outskirts of the city. Its construction was promoted by the Generalitat of Catalonia, which commissioned the Group of Catalan Archi­tects and Technicians for the Development of Contemporary Architecture (GATCPAC) to build it. The purpose of the building was to provide decent housing for the working population. The great wave of immigrants coming to the city in search of work had highlighted the serious shortage of housing for workers. The pres­ident Francesc Macià was responsible for placing the first stone of the Casa Bloc on 13 March 1933. The result was a set of five blocks in an S shape containing 207 flats between 55 and 77 m². The project incorporated optimum ventilation and lighting for all homes. The interior spaces were allocated to public services such as children’s play areas, gardens, nurseries, libraries, consumer cooperatives and workers’ clubs. Unfortunately, the outbreak of the Spanish Civil War and the establishment of the Franco regime prevented the Republican project from being implemented, which would have contributed to improving the living conditions of the working class. During the Spanish Civil War, frequent bombings in the Sant Andreu area led to the installation of an anti-aircraft machine gun on the roof of Casa Bloc. Forces of the Army Corps of Navarra stayed in the barracks in Sant Andreu and the Casa Bloc, which had been left unfinished when the war broke out.

The Disseny Hub de Barcelona has renovated one of the flats as a flat-museum, restoring the original hydraulic paving, the foldable doors (taken from other flats in disuse), the economical kitchens, the laundry with shower, separate toilet, and even original 1930s furniture. A flat-museum you can visit to see how rationalist architecture thought about functional houses that would bring dignity to the harsh living conditions of workers in Sant Andreu.