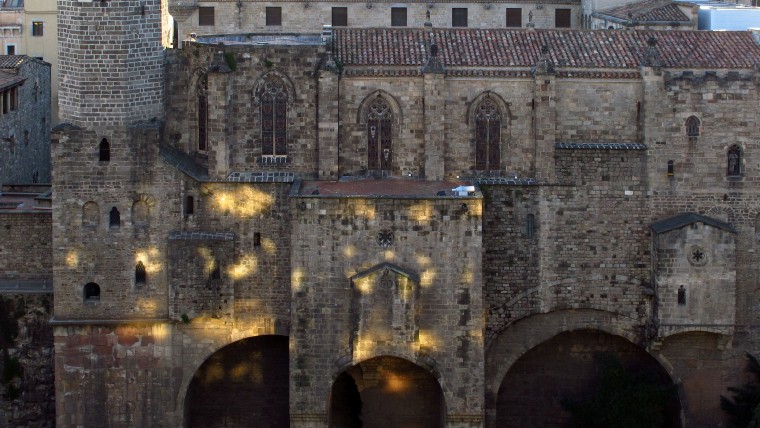 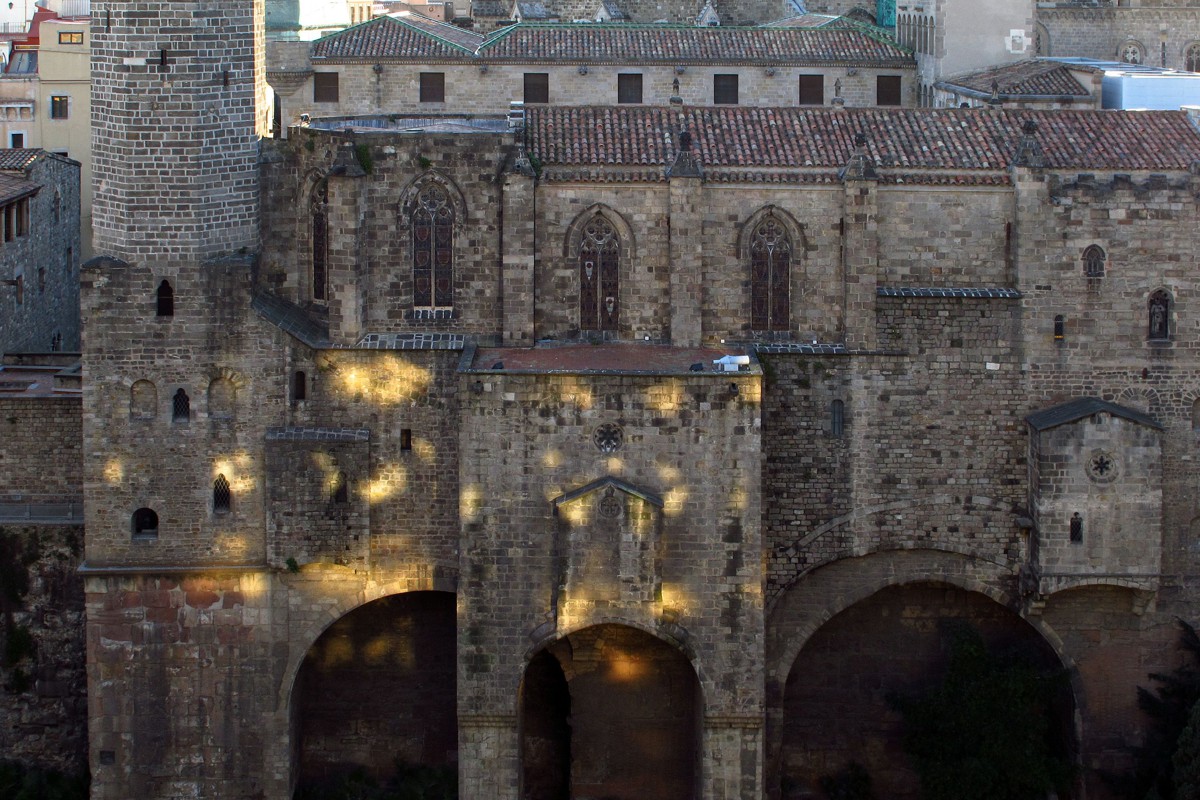 In the 1st century BC, in the place where Plaça de Sant Jaume lies today, the Romans founded a colony they surrounded with a 1.3 kilometre long wall. Bàrcino was born.

The strong wall round the city stayed the same for almost a thousand years, until James l ordered it to be expanded in the 13th century. For centuries the city remained within the confines of this wall, which formed an elongated octagon and, broadly speaking, occupied the area squeezed between Plaça de la Catedral and Carrer d’en Gignàs, from north to south, and between Carrer del Sotstinent Navarro and Carrer d’Avinyó, from east to west.

Fragments are still visible in the Barri Gòtic and you can even retrace a large part of it. Plaça Nova, to the right of the Cathedral, is good point to start to see the remains of the wall. Four towers have been preserved, two in the Casa de l’Ardiaca, the archdeacon’s house, and two more either side of Carrer del Bisbe, which flanked one of the four entrances into the old Roman town.

From there you need to continue along Avinguda de la Catedral and go down Via Laietana, where, in Plaça de Ramon Berenguer, you can see a good stretch of wall, on top of which the 14th century Gothic Chapel of Santa Àgueda now stands. At the foot of the wall there are also the remains of the original moat, which played a defensive role but also served as a sewer. The path of the wall continues towards the sea, with some sections revealed, others being unearthed, and yet others hidden by buildings, until it reaches Plaça dels Traginers, where another imposing tower can be found. From there the wall continued to the sea gate, Porta del Mar, the remains of which can currently be seen inside the Pati Llimona Civic Centre Outside and backing onto the walls is where the dockside Roman baths were built. These have recently been rediscovered and are worth a visit.