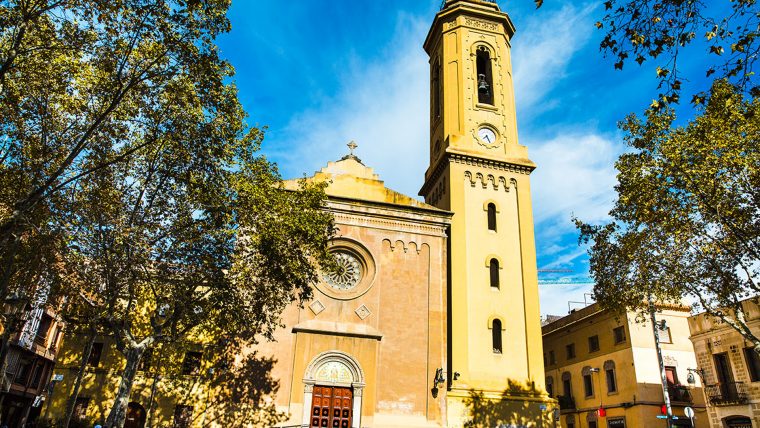 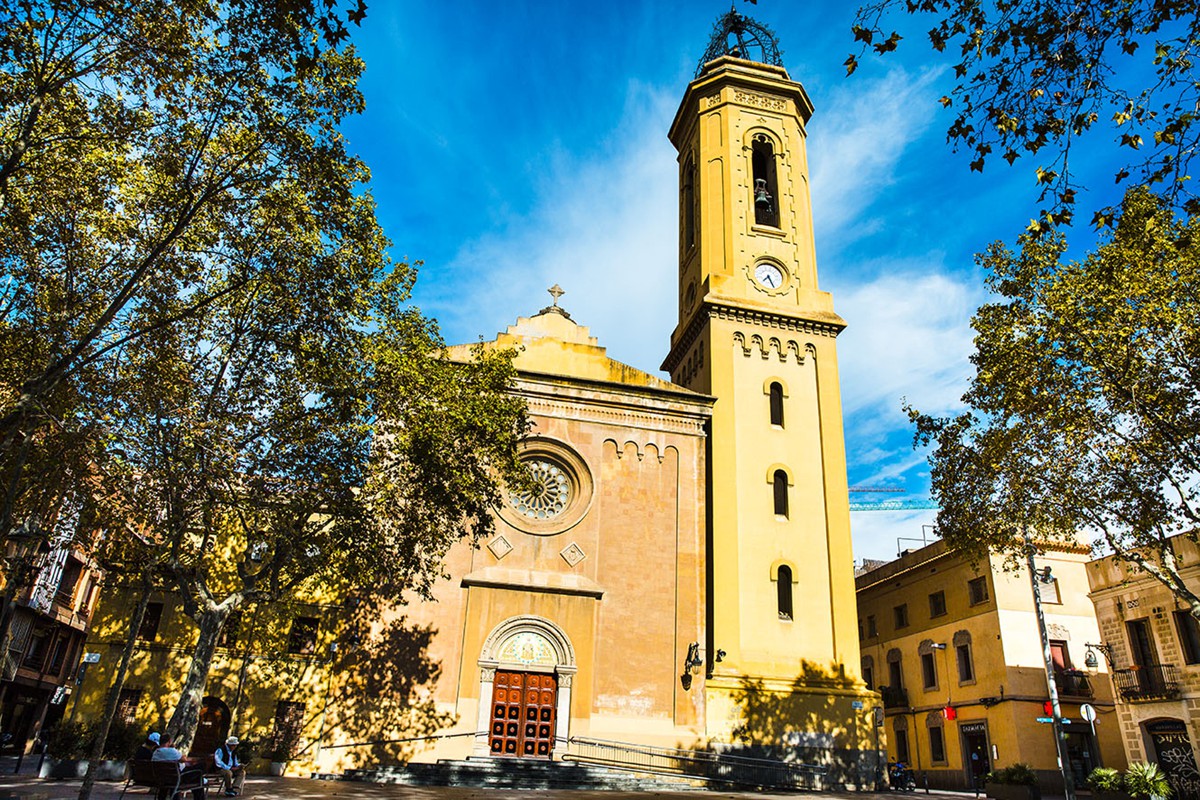 Located in the historic Plaça de la Concòrdia, the Church of El Remei was built in the nineteenth century, when Les Corts was still a separate township from Barcelona.

A fusion of different elements

There are buildings that invite you to take a look through the various artistic movements that have influenced the city, and the Church of El Remei is one such. Built in a mixture of different styles,hereyou can find a Neo-Romanesque doorway, a Neo-Gothic rosette and even a Neo-Classical cornice. The most historicist and, probably, most striking element is the bell tower, which was built by Antoni Rovira i Rabassa in 1897 and is crowned by an iron dome from which the bells hang.

The building stands in iconic Plaça de la Concòrdia, which is one of the district’s liveliest squares and one that, along with the church itself, evokes a time when Les Corts was an independent township from the city of Barcelona.

The church was designed by Josep Oriol Mestres i Esplugues between 1846 and 1849 and remains the principal place of worship in the neighbourhood to this day. The Feast (“festa major”) of La Mare de Déu del Remei, or Our Lady of Remedy, patron saint of Les Corts and one of the most venerated manifestations of Our Lady in Catalonia, takes place in early October, when the streets are decorated ready for these celebrations.