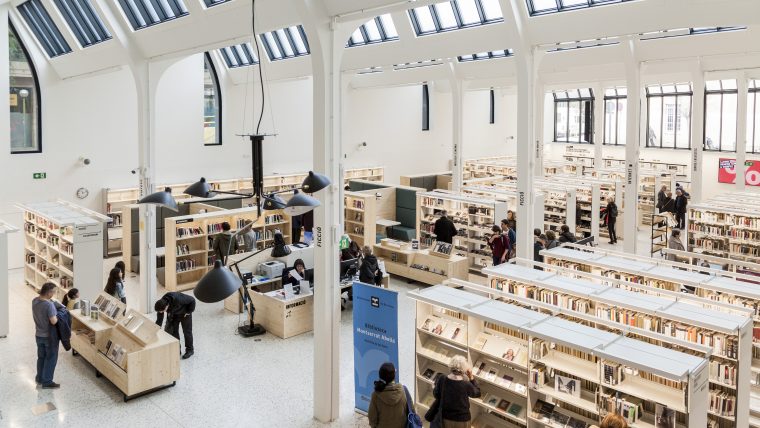 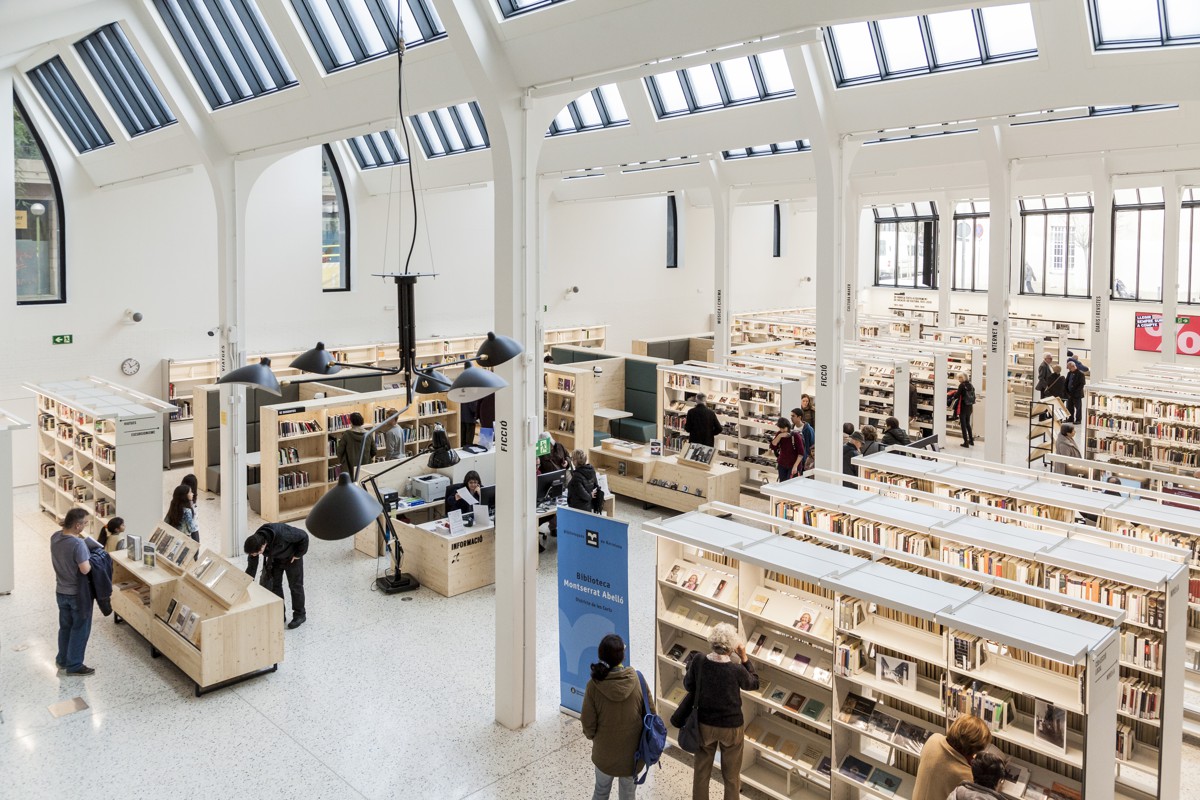 The new Montserrat Abelló Library was opened in January 2018 and it specialises in 'maker' culture.

The library has a surface area of 3,300 square metres and it is the first public building in the city to have a BREEAM certificate, a leading method for assessing and certifying building sustainability. Another new feature is that the library is connected to the Fab Ateneu Les Corts, an incubator associated with the ‘maker’ or do-it-yourself movement. An association that reciprocally benefits the dynamics of both of these singular facilities, providing better access to information and knowledge. The library therefore specialises in the ‘maker’ culture, which promotes innovation and open knowledge, with the aim of designing and manufacturing things, especially technological or craftwork objects, with the support of digital tools and materials.

The library takes its name from the poet Montserrat Abelló (Tarragona, 1918 – Barcelona, 2014). Her poetry concerns being a woman and her experiences during the war and in exile. In 2007, she received the Cavall Verd award, the Jaume Fuster award for Catalan Language Writers, the Catalan Literature Honour Award and the National Culture Award.

From a silk ribbon factory to a cultural factory

The architects Ricard Mercadé and Aurora Fernández undertook the conversion project for the old Benet Campabadal factory, which was built in 1924 and was a pioneer in silk ribbon production . The factory was open for many years, but the constant rise in land prices forced it to close in 1984. In 1990, it became the home of the Fundación Centro del Vidrio [Glass Centre Foundation] a meeting point for glass trades, industry and art. The Fab Ateneu Les Corts opened its doors there in 2013. This is a digital creation and training centre linked to new technologies, and above all, to 3D digital manufacturing.